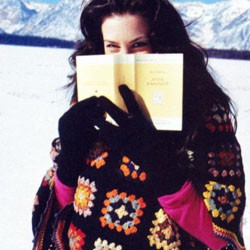 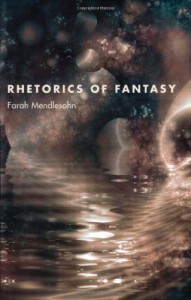 Decidedly mixed. I like Mendlesohn's proposed taxonomic schema (with one, rather significant, caveat, below), and her own rhetorics, often couched in provisional statements rather than authoritative pronouncements, combined with her liberal citations of personal conversations and emails with fantasy authors, conjures up the atmosphere of a cozy if one-sided seminar.

The chapter on the Portal-Quest Fantasy is probably the strongest, and was a good choice to lead with, as it is recognizably a Thing with a familiar sequence and set of themes that play out in many books that you will have read. The Immersion Fantasy (where the fantastic is known to and accepted by the characters) and the Intrusion Fantasy (where the characters must come to terms with the fantastic in what they previously considered to be the ordinary universe) are also useful categories, although the chapter on the Intrusion Fantasy takes a hard left turn into horror and barely considers what i would consider to be works of fantasy at all.

I find Mendlesohn's fourth category, the Liminal Fantasy, completely incoherent and useless. Having read her definition ("that form of fantasy which estranges the reader from the fantastic as seen and described by the protagonist") and her examples, which are primarily a single short story by Joan Aiken ("Yes, But Today Is Tuesday") but also include Lud-in-the-Mist, Wizard of the Pigeons, Tiger's Railway, Little, Big, Holes, Lost Boy Lost Girl, and The Separation, I am further from knowing what she means by this category than ever, except that these are all books that I either have zero desire to read or books that, having read, I barely recognized as they were discussed here. Frankly, if I were to travel back in time, I would advise myself to skip this chapter altogether, along with the final chapter on books that cut across her proposed taxonomy, since they all seem to involve a crossover with the Liminal Fantasy.

Still, I find the first three categories useful! One star for each of them!
Tweet